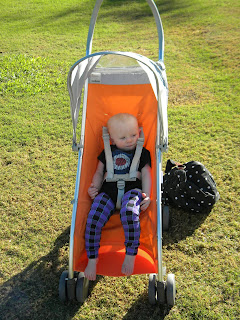 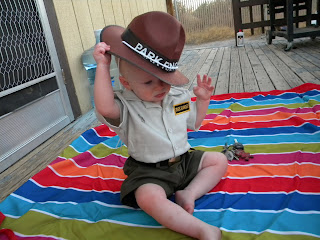 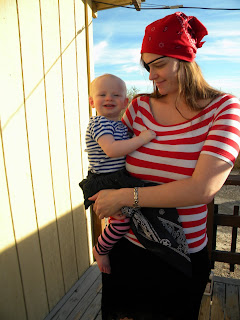 Much to say- most importantly, I got the job at UT! So, we're moving back to Ohio and I'm so excited. There's only a couple of weeks until we'll be back in society. So now we're going to have a couple of super stressful weeks as we plan and execute a cross country move. But, I'm really excited. First, obviously I want to be back in Ohio and see my family and friends, but also, the job sounds like it's going to be pretty cool and I'll be able to finish my Master's.

We had a good Halloween. I did everything at the last minute. We bought candy Halloween morning and I carved the pumpkin just a couple of hours before trick or treat. Ramona had two costumes- first she was a baby pirate, although that costume was hard to get unless she was wearing her bandanna, and she did not want to wear the bandanna, so I switched her into her National Park Ranger outfit (which she also did not want to wear the hat for.) We just stayed home and handed out candy. Mony ate a little bag of Sweetarts (which was not a part of the plan. I gave her raisins as her treat, but she figured out how to open the Sweetarts by herself and ate them.) I'm not sure if that's why she wouldn't sleep, but she stayed up until 10:30. It was intense.

I've started working on weaning. I don't really have a plan except nurse her less and less until she's done. I'm trying to cut out her lunch/nap time nursing session first. I'm not really committed to a certain time frame of accomplishing it or anything. I might get more devoted to it as she gets older, but now it's just a gentle shift in our schedule. And I might hold off on it for a little while if she needs extra comfort during the big change of moving. We'll see.
Posted by Megan at 11:02 PM