The other thing that happened this weekend was that my youngest sister graduated high school. She's going to go to college here in Toledo, so I'm pretty excited to have her nearby this fall.

We had her graduation and her graduation party on Sunday. My parents, sisters, grandparents, and I went to the actual graduation while everyone else just did the party. It was one of the fastest graduations I've ever been to. There was no commencement guest speaker and they ran through everything quickly. Not that I'm complaining. Graduations aren't exactly super fun events, especially since the high school always has them in the stupid gym where it's hot and uncomfortable. Luckily, I got there early and reserved us some seats in the back row of bleachers so we had the wall as a backrest. But even with that, my 39 weeks pregnant ass was incredibly uncomfortable by the end of the ceremony. 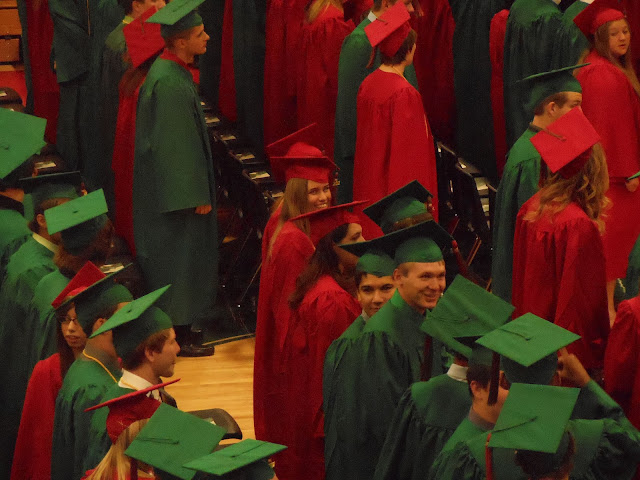 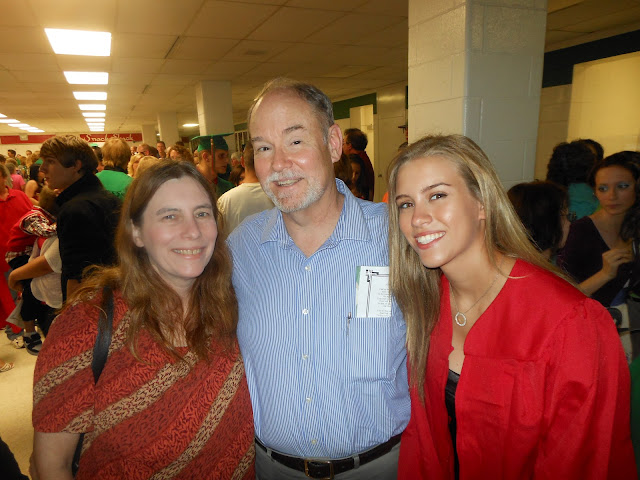 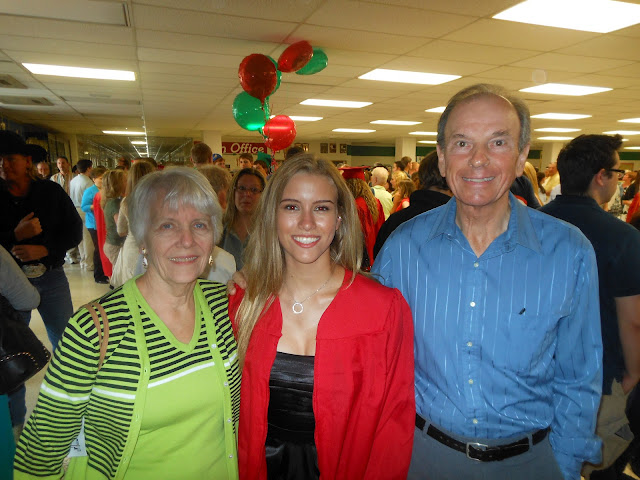 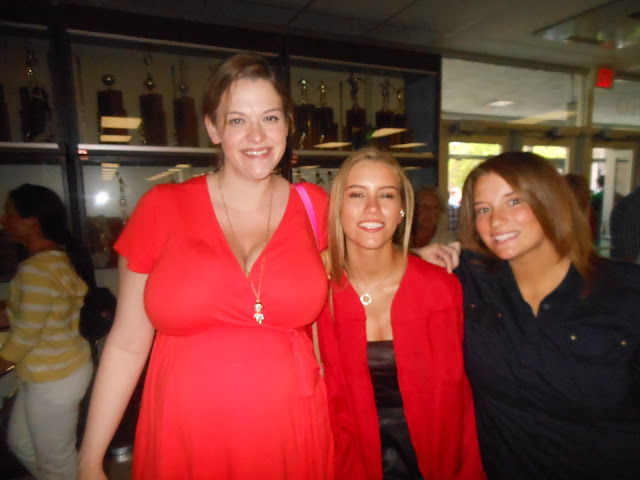 I took lots of pictures, and they're all terrible. I was messing with the stupid settings on my camera trying to find the best settings for the location, and none of them really turned out very well. Also, my camera likes to not take pictures when I push the button. It's really annoying and I was pretty pissed at it by the end of the ceremony. But I got pictures of her with Mom & Dad, Grandma, & Sam, and me & Kathleen. They're not the best pictures, but whatever. A little red eye and blur never killed anyone.

We had the graduation party at the same park we had my and Kathleen's graduation party when I finished college and she finished high school. It was fun. There was a ton of great food; a lot of people showed up. Kathleen insisted on taking a picture of her leaning on my pregnant belly because she thought it was hilarious. Judge for yourself. 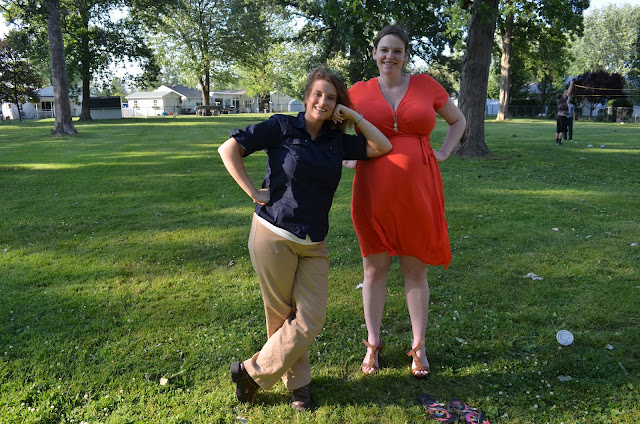 Anyway, it's kind of weird that it's been ten years since I had my own high school graduation. So much has changed and so much has stayed the same. At one point, I was talking about how it's kind of creepy how Kathleen can't wait until the new baby comes and wants me to have the baby in the early afternoon so she can stop by the hospital and see it after work. Erin said she was excited because it would be her first niece/nephew born nearby so she could come see the baby right away. It made me realize that it's not that creepy. I mean, I get excited about other people's babies. And it's not like people just want to see me in the hospital, they want to see the new baby ASAP.

And since it was Erin that said it, it made me think of how badly I wanted to go see her in the hospital when she was born. I was SO excited about Erin. I wanted another little sibling so badly. My parents didn't find out if she was a boy or a girl before she was born, so we had no clue, but there were names picked out for both. *Fun fact* Erin's name would be Jason Tecumseh if she was a boy. Anyway, when Dad called to tell us Erin was born, he wouldn't tell us whether she was a boy or a girl, so I was desperate to get to the hospital to find out which she was. I remember running into the hospital room and asking mom if it was a boy or a girl, and my mom just giving my dad a look like he was a total ass because she didn't realize he hadn't told us yet. And I remember just falling in love with her the moment I saw her. And now that little baby I loved so much from the first moment in the hospital graduated high school and can't wait to see my little baby in the hospital.

Ah, the circle of life. Time to watch Lion King.
Posted by Megan at 9:33 PM