So, last time I wrote, I said we were going to see my sister's last high school marching band parade. We did, and it was a fun day. 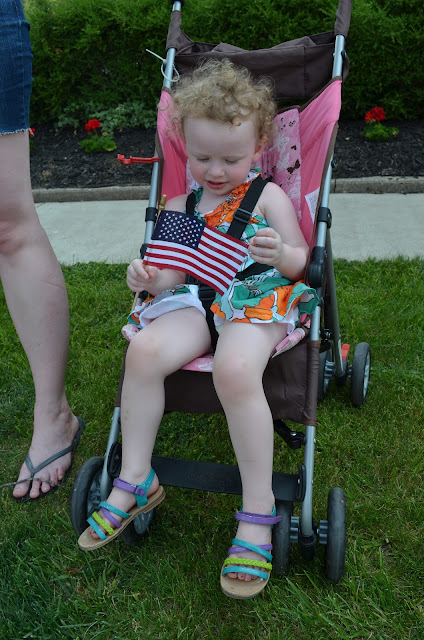 Some lady sitting near us gave Ramona a flag. She was pretty excited about flags the whole time. I told her the night before that we were going to go see a parade and there would be a marching band and flags, and for some reason she really fixated on the flag idea. 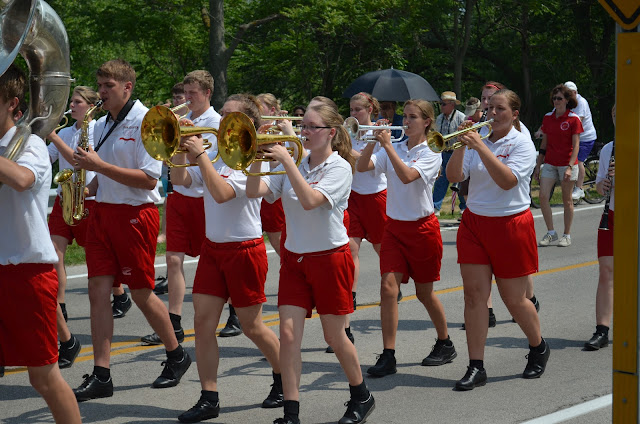 My sister did a nice job marching along, and the band director let them wear these hideously unflattering outfits instead of their usual band uniforms. Seriously, and with those shoes and black socks? Yeesh. 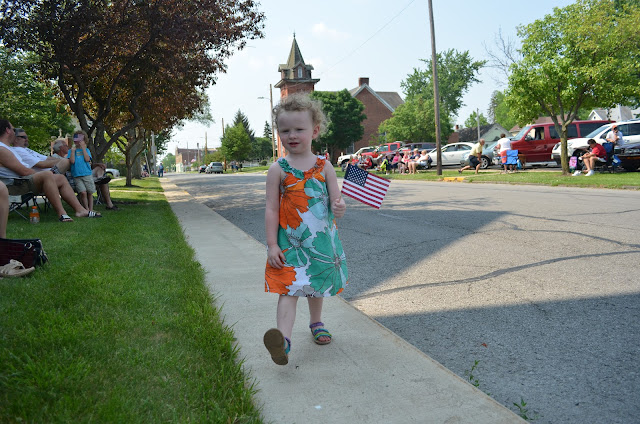 Ramona was also excited about the fire trucks. She was pretty well behaved until we got to the cemetery portion of the show and then she got bored and kept saying things like, "I want ice cream!" So I took her around to look at grave stones, which went pretty well except she kept trying to take the flowers off of them.

It was also crazy hot, and she was starting to get pretty red and looked pretty warm after the ceremony, so we went to Drown's and got ice cream to cool down. Then we headed back to my parents' house to cool down in the air conditioning before we went to Joe's parents for a barbeque. We ate way too much there and had a pretty great time.

All around, it was a really fun Memorial Day.
Posted by Megan at 8:57 PM